Paekakariki student Connor Gross (13) is passionate about history and thinks it would’ve been “cool” to live in the village when there were 15,000  U.S.Marines here. 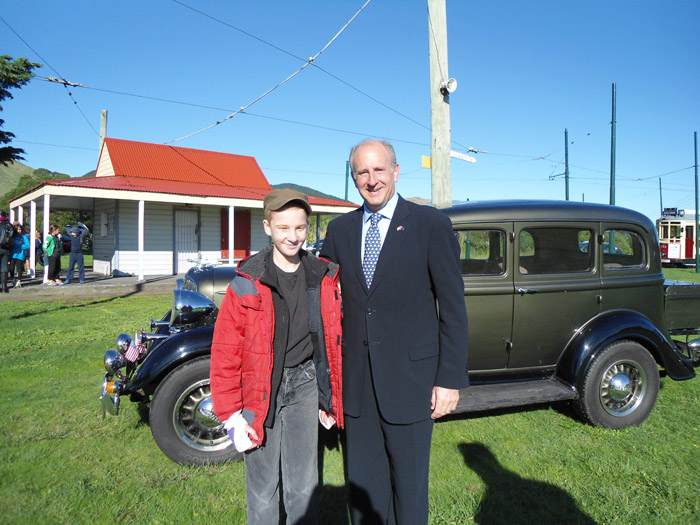 Connor, now a student at Kapiti College, says: “I think it would be cool to become friends with [the Marines during World War II] - I might even have met someone from Oregon.  But that would also have been sad since some of them might have gotten killed in combat.

He’s proud of his step great grand-father served in the 1st Marine Division during WW1 and  was wounded twice in 20 minutes in one battle. “He was bayonetted in the stomach, ran through a shell crater full of gas and had all the hair off his legs burnt off, but survived the war.”

Born in Oregon, Connor came to New Zealand with his family in 2007 – they moved to Paekakariki in 2010.

Connor was part of the Paekakariki School Kapahaka group and has performed with them at the last two Memorial Day services. Last year he met the American Ambassador Mark Gilbert after the ceremony.

Student passionate about Marines History
+ Text Size -
Do NOT follow this link or you will be banned from the site! Original generation time 2.0184 seconds. Cache Loaded in: 0.0218 seconds.