Thanks to the vision of the Greater Wellington Regional Council (GWRC) we now have a designated heritage site in Queen Elizabeth Park that will become home for newly-restored Marines’ Huts. 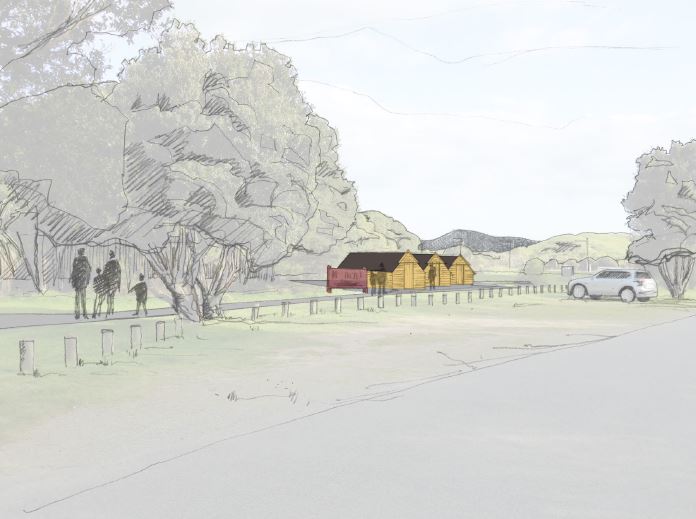 The site is to the west of the U.S.Marines’ Memorial and has great connections to the Yankee Trail, the new Paekakariki to Raumati Cycleway, and other key attractions in Queen Elizabeth Park.

In 2015 the Trust contracted landscape architects Boffa Miskell to develop a concept design for the lay-out of the huts in the zone.

Boffa Miskell has a long-standing relationship with the development of the wetland in the park and is a major partner in the M2PP Alliance.  We are delighted to have them as partners in this project.

Once installed on the site, the huts will provide venues where we can show a range of audio-visuals on how the huts and other infrastructure were built, how the land was acquired and used, and about life in the camps and in the local community.

Other features that may be considered as part of the project are:  additional storyboards, space for a series of tent decks to be erected, space for heritage military vehicles of the period to be displayed on special occasions, and a replica camp sign – using the original donated to the Paekakariki Station Museum by David Mears. 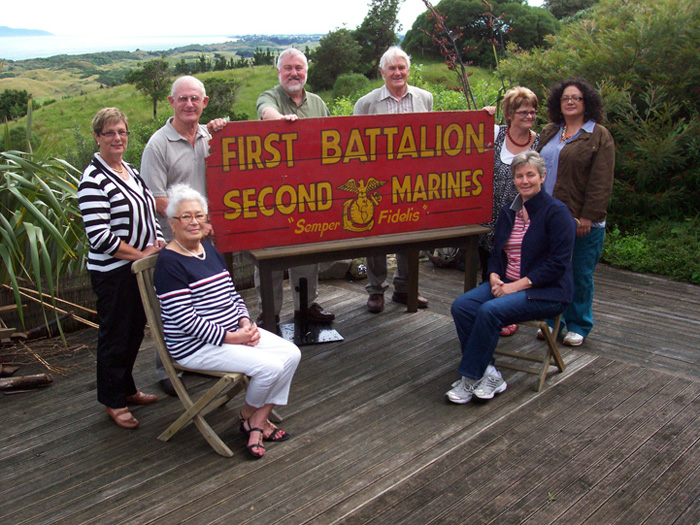 Original heritage camp sign donated to the Trust by David Mears. The sign is currently part of the Marines’ exhibit in the Paekakariki Station Museum – the Trust has also used it to inform the style of signage graphics it has used at theU.S.Marines Memorial in Queen Elizabeth Park and on the signage for the new U.S.Marines Walk in Whareroa Farm.  We plan to have a replica copy made as an entry sign at the new Marines Heritage site.

New Marines’ Heritage Site
+ Text Size -
Do NOT follow this link or you will be banned from the site! Original generation time 2.0377 seconds. Cache Loaded in: 0.0237 seconds.