Hailed as a great bonus for cyclists and walkers, the new Te Ara o Whareroa trail between Paekakariki and Raumati South has also been a bonus for those interested in visiting the U.S.Marines Memorial and other World War II heritage in Queen Elizabeth Park. 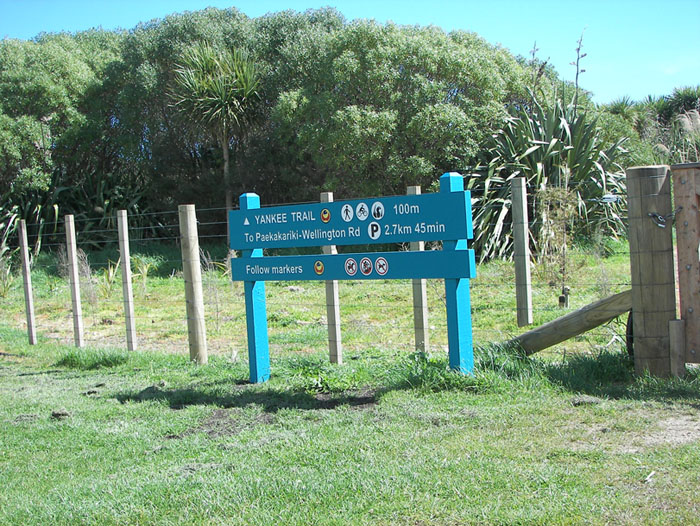 Opened on January 23, the new $825,000, 6km trail was built under the management of the Greater Wellington Regional Council (GWRC) and funded by the New Zealand Transport agency.

It also provides an excellent link to the 2.4km Yankee Trail that links the U.S.Marines Memorial in Queen Elizabeth Park (formerly Camp Russell) with the former Camp Paekakariki on the other side of the park.

The trail was opened in late 2011 as part of the Salute 70 (70th Anniversary of U.S.Armed Forces in New Zealand celebrations. It traverses, native bush, wetland, small lakes and open farmland has great views out to the eastern hills.

Regarded as one of the most varied in the Park, the Yankee Trail is a wonderful addition to any visit to the Marines Memorial and now offers a sealed wheel-chair friendly track for part of the way as well as a new bird hide.

New link to Yankee Trail
+ Text Size -
Do NOT follow this link or you will be banned from the site! Original generation time 1.9380 seconds. Cache Loaded in: 0.0091 seconds.