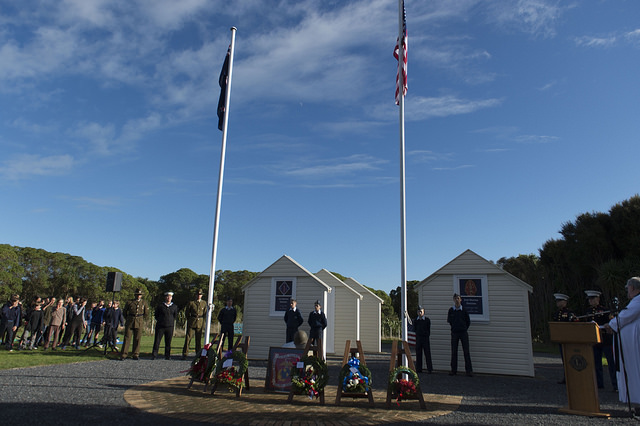 The weather “gods” were out in force for the 7th Kapiti Memorial Day service in Queen Elizabeth Park on Monday.

Recognised as the first Memorial Day service held in the world every year, the Kapiti Service was “again blessed with the incredible run of lucky weather” present for all previous services – says Trust Chair Jenny Rowan.

“With several days of gale force winds, high seas and torrential rain beforehand we thought our luck may have run out – but the sun smiled on us and the crowds came out to enjoy another wonderful, uniquely Kapiti event,” she says.

The service was attended by U.S.Ambassador Mark Gilbert and his wife Nancy, “colour guards from the U.S.Embassy Marine Corps Detachment, and the New Zealand Defence Force, members of the Paraparaumu RSA, Squadron 49 Air Training Cadets, Kapiti Mayor  Ross Church, Councillors and Community Board members, staff and elected representatives from Greater Wellington Regional Council, representatives of a wide range of community groups and members of the public.

Te Roopu Kapa Haka o te Kura Paekakariki performed a haka and waita and presented a magnificent harakeke artwork commemorating the ten American sailors who died in the Paekakariki landing tragedy in June 1943. Students from Kapiti, Paraparaumu and Otaki Colleges provided a moving ‘shared reading’ of the story of the sailors’ landing tragedy in June 1943.

After the service and a community morning tea, guests went over to Whareroa Farm (the former Camp Mackay) for the opening of the new Marines’ Walk blessed by Koru Don Te Maipi and Te Taku Parai from Te Runanga o Toa Rangatira. 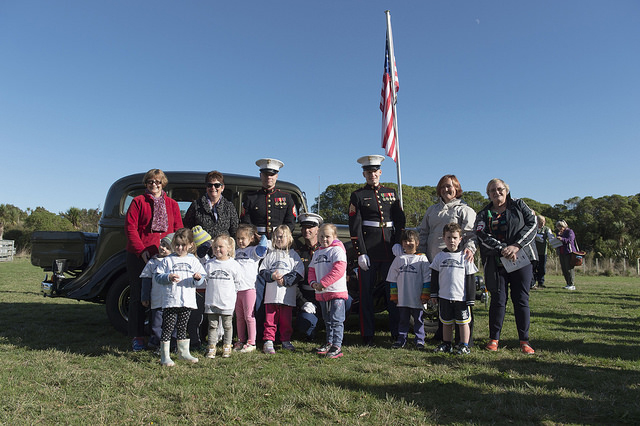 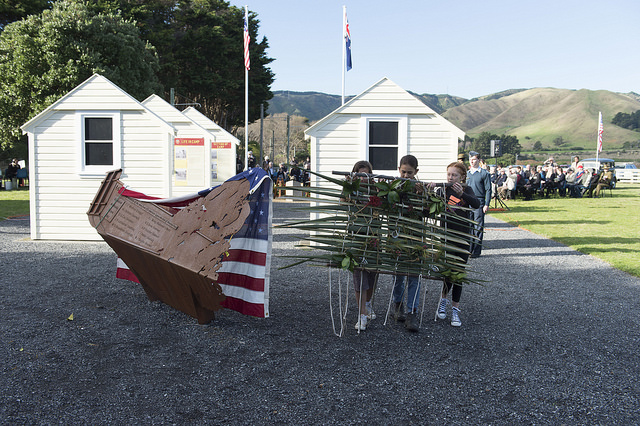 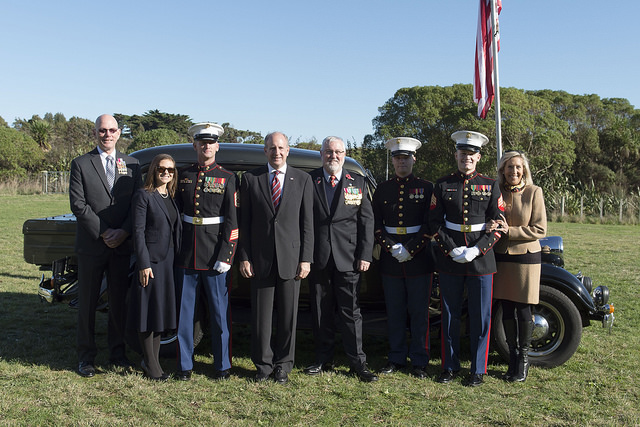 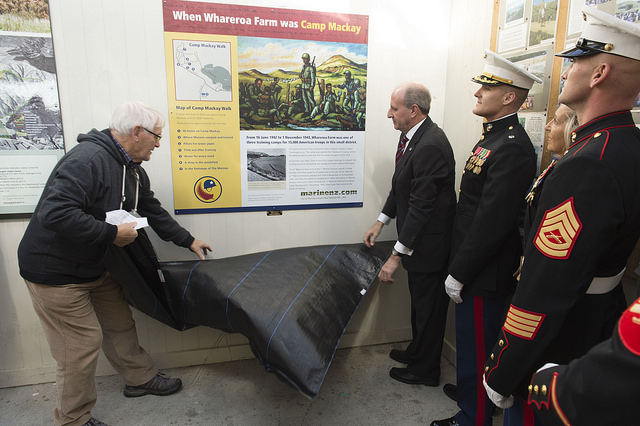 Photos courtesy of the U.S. Department of State

+ Text Size -
Do NOT follow this link or you will be banned from the site! Original generation time 5.9365 seconds. Cache Loaded in: 0.0509 seconds.