Marinenz.com is the website of The Kapiti US Marines Trust and part of a major project to collect, preserve and promote World War II US Armed Forces history from 1942-1944 in the Kapiti district, north of the capital city Wellington, New Zealand.

While our focus is the history surrounding Camps Russell, MacKay and Paekakariki we also have an interest in Marines camps in other parts of the Wellington region and in the social history and friendships between Kiwis and Americans during this brief but all-important encounter.

The Kapiti U.S. Marines Trust (KUSMT) is registered with the Charities Commission (CC46035) and was established in 2009 by the former Mayor of Kapiti, Jenny Rowan. The Trust represents a number of local, regional and national groups with an interest in the collection, conservation, exhibition, and promotion of Marines’ History – particularly in camps Paekakariki, Mackay and Russell, in southern Kapiti, New Zealand.

Read more about the Trustees.

There are a range of groups represented on the Trust including the New Zealand American Association, the Paekakariki Station Precinct Trust, Friends of Queen Elizabeth Park and the Guardians of Whareroa Farm.

The Trust also works to connect with a wide range of heritage and the environment groups, especially those with and a particular focus on New Zealand U.S. Marines history.

To benefit the local community of Paekakariki and Kapiti by telling the story of:

Attendees of the first meeting in 2009, at the US Embassy in Wellington, New Zealand, to plan and announce the formation of a Trust for the Kapiti US Marines: 1942 - 1944

Past Trustee, Joan Ellis meets US Secretary of State, Hilary Clinton, on her visit to New Zealand in 2010. 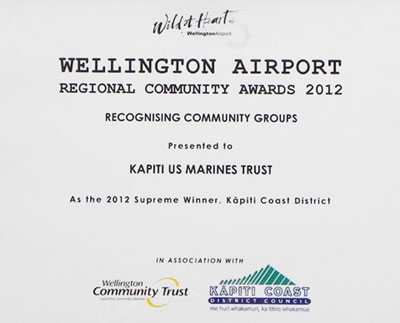 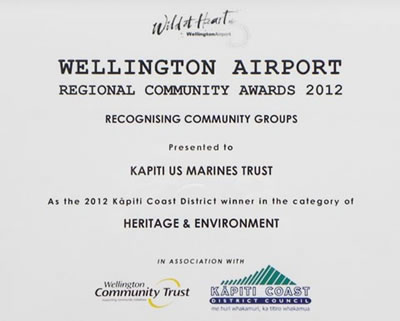