The Kapiti US Marines Trust - Trustees

Richard is a foundation member of the Trust. He is currently the CE of Arts Access Aotearoa.  He was previously the Cultural Affairs Specialist for the Embassy of the United States of America and has also worked for the New Zealand Historic Places Trust as Manager of Old St Paul’s in Wellington, and, as a self-employed Events, Marketing and Public Relations Manager.

A former high school teacher, Anthony is a local historian with a special interest in the Kapiti/Horowhenua region. He has written three books about the area and is a former editor of the Otaki Historical Society’s annual Journal. As a former Chair of the Paekakariki Station Precinct Trust, Anthony curated - A friend in need: the Paekakariki story - the first major project undertaken by the Trust. He has subsequently managed a number of other interpretation projects including the US Marines Hut Restoration Project.

Allie is a foundation member of the Trust; she runs the group on a day-to-day basis and is its lead fund-raiser. Allie has worked in the New Zealand media for the past 40 years as a journalist, radio and television producer, public relations professional, teacher and trainer.   She was formerly Media Advisor to Mayor Jenny Rowan.  Allie was also the former President of Paekakariki Informed Community, publisher of Paekakariki Xpressed Community Newspaper, and a former member of the Paekakariki Community Board.

Sue Harris is a staunch community person with a strong background in business, tourism and community development.  She moved to Kapiti from Methven where she lived for 20 years running her own business, Methven Motels and Holiday Homes.

Sue was on the Governing Board for the $4m Methven Alpine and Agricultural Centre and also developed 21 Residential Sections and built an 11-unit motel.

Sue joined up with the Trust through Volunteer Kapiti and is now our Treasurer. She is also engaged in a range of other volunteer work in the District.

Major Larry Keim, USMC (Ret) is a foundation member of the Trust and is President of the New Zealand American Association. Larry enlisted in the US Marine Corps in 1969; his career took him to a dozen countries from Viet Nam to Western Sahara and back to California. During his career, he trained and was recognised as military parachutist and Recon Diver, and received a number of awards and medals.

After gaining a Bachelor of Arts degree with honours from California State University, Sacramento, Larry became a Commissioned Officer in the Marine Corps.  He has since served as a Company Commander, Inspector and Instructor, United Nations Military Observer, Officer-in-Charge (OIC) and Executive Officer during a number of official assignments. Larry retired from the Marine Corps in 1996.  He now lives with his family in Kapiti New Zealand.

Jenny Rowan is a former two-term Mayor of the Kapiti Coast District Council and a foundation member of the Trust. She stood down as Chair of the Trust at the AGM in 2018 and was appointed a life member.

Prior to becoming Mayor of Kapiti Jenny was a Commissioner in the Environment Court for 16 years. She is still very active in the community and is currently Chair of the Wellington Conservation Board.

Joan Ellis (Te Atiawa, Ngati Kahungnunu) is an historian and author. She is a foundation member of the Trust. Educated at Sacred Heart College Lower Hutt Joan has worked as an Office Administrator and, Restaurateur. She studied weaving in UK, designing and creating a collection of colourful wall hangings and rugs in the 70's and 80's.

In 1993 Joan began researching the history of the WWII period when the US Marines were stationed in Wellington from 1942-1943.  This culminated in the production of two books A String of Pearls and Follow Me Back in Time - documenting stories from veteran Marines and New Zealanders. 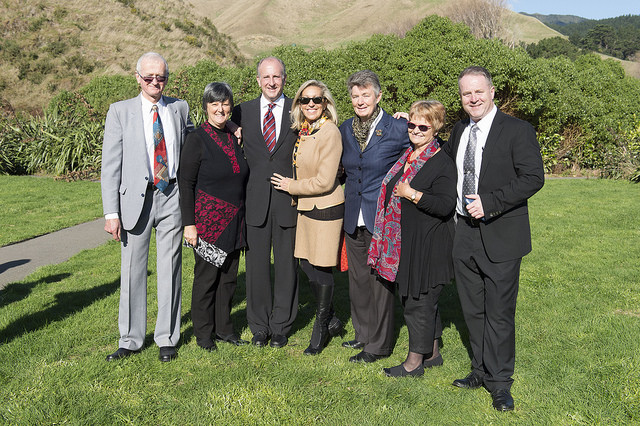 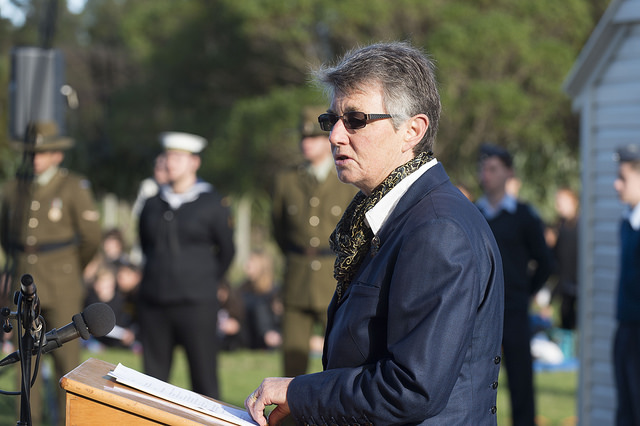 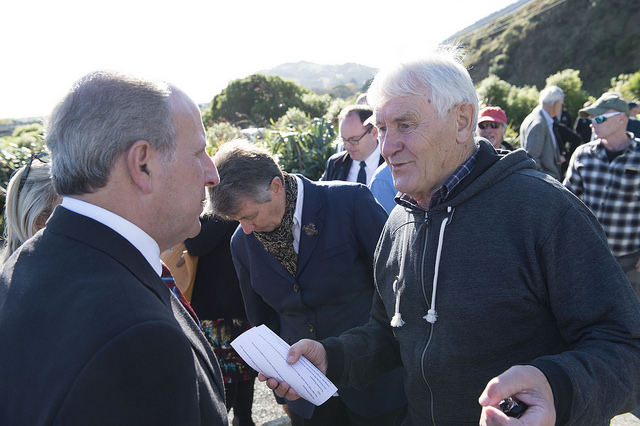