Over 130 motorcycles and riders from the Red Knights Motorcycle Club visited Queen Elizabeth Park and the US Marines Memorial on April 22 as part of a Ride of Respect to commemorate the end of WWI.

The ride, which raised $2,500 for the National RSA, started out with a wreath-laying at the Pukeahu War Memorial in the morning and was part of a national fund-raiser organised by the Red Knights.

After leaving the Marines Memorial the group rode over to Upper Hutt for lunch at the Cosmopolitan Club. 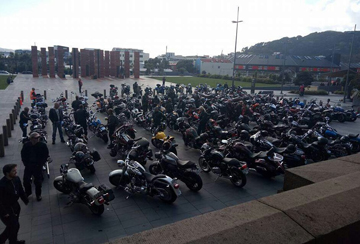