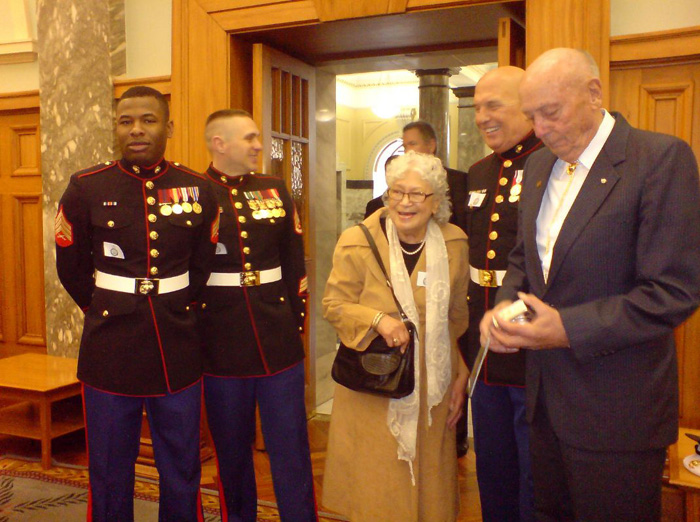 Joan Ellis with former Marine Claude Bohn and members of the Marines Detachment from the U.S.Embassy – visiting Parliament as part of the Salute 70 Celebrations in 2014 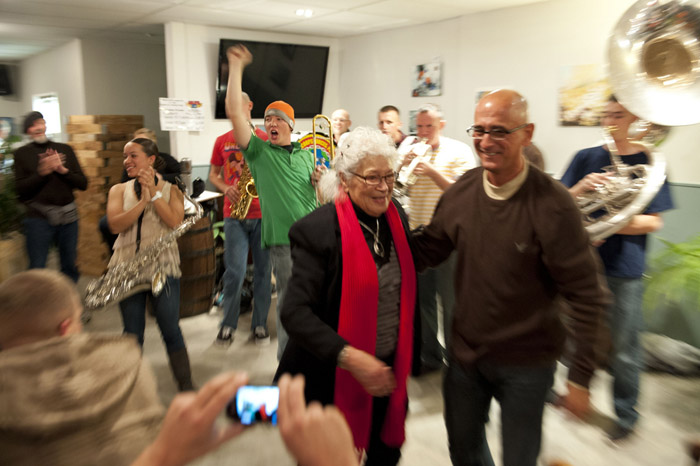 Joan Ellis, dancing the night away with members of the U.S.Marine Corps Forces Pacific Band (MARFORPAC) after a ‘sell-out’ concert at Southwards Theatre in May 2012 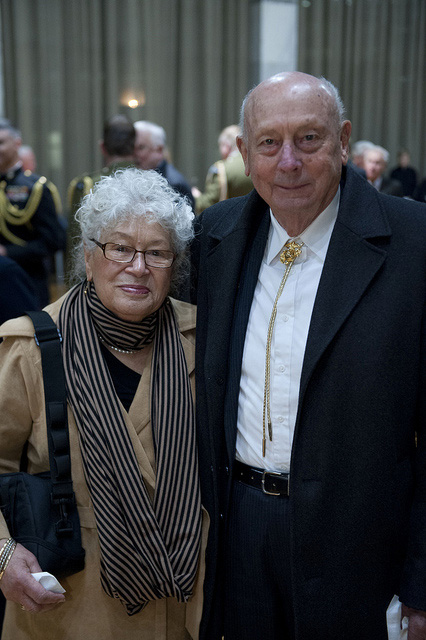