For the first time in 72 years, six American World War II veterans returned to New Zealand to revisit their ‘old haunts’ in Wellington and Paekakariki.

They were picked up from the Airport by members of the Early American Car Club and driven to the Wellesley hotel (an historic drinking hole for Generals during World War II).

This was a whirlwind stop-over for: Dean Woodward, Jim Morrow, Wendell Perkins, C.J.Daigle, Dean Ladd and A.J.Bowden (aged 88-93), all of whom had served in Camps in Paekakariki, Titahi Bay or Judgeford.

The men were on their way to a ceremony in Tarawa, (Kiribati) - to repatriate the remains of 25 of their “Brothers” who lost their lives there during the war.

The group  nick-named ‘The Band of Brothers’ all trained in New Zealand  as part of the Second Marine Division - prior to fighting in the four-day Battle of Tarawa that took the lives of more than 1,100 of their “brothers”.

The ‘Brothers’ were hosted in Wellington by the Kapiti U.S.Marines Trust with assistance from the U.S.Embassy, the Porirua City Council, the Friends of Old St Pauls, the Film Archive the National War Memorial and the Paraparaumu Branch of Westpac.

They travelled to Paekakariki by train, visited the Paekakariki Station Museum and, former Camps, Paekakariki, Mackay (Whareroa Farm) and Russell (Queen Elizabeth Park) and laid a wreath at the U.S.Marines Memorial in QE Park.  In Porirua City they visited former camps in Titahi Bay and Judgeford.

Read the full story here on the US Embassy Blog Site.

US Veterans remember their comrades at Kapiti, May 2014. Photos courtesy of Ola Thorsen, US Embassy. 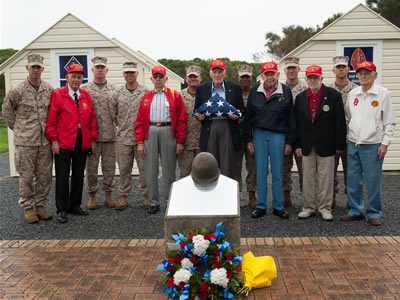 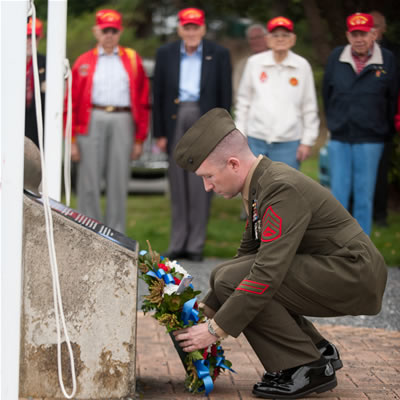 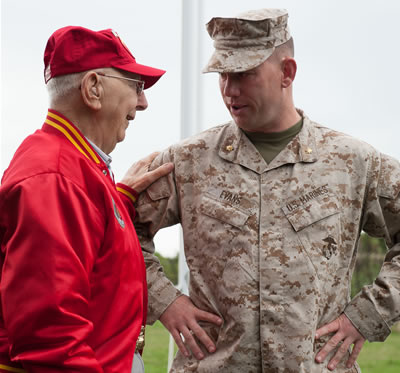 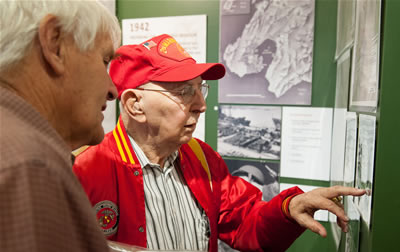