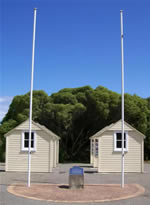 The camp covered much of the flat land, currently used by Stables in the Park and the Tramways Museum at the northern entrance to Queen Elizabeth Park, as well as a significant amount of the flat area to the south of the Information Centre and the Marines’ Memorial.

Several relics from the camp remain in the Park, they include: the remains of an Imhoff sewage system, a Marines Hut at the Tramways Museum, concrete flooring in field, firing ranges and an aero club basin in the middle of the park. 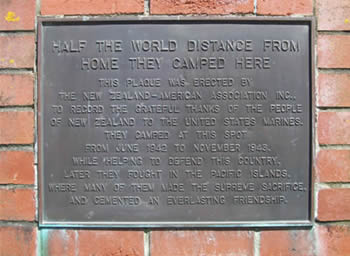